Together, We Can Win the War Against Robocalls

There's a new weapon available in the fight against IRS call-back scammers.

We're confident that we can help put an end to one of the most notorious and dangerous robocalls of all time. 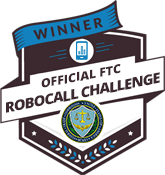 See Our War Against Robocalls Feature in the New York Times

Every day, thousands of people are victimized by robocalls like this:

Serious emergency and time sensitive we are calling you from the investigation department of federal government we have just received an notification regarding your tax filings from the headquarters of I.R.S. which will get expired in next 2 working hours and once they get expired after that you will be taken under custody by the federal officers as there are 4 serious allegations pressed on your name at this moment we would request you to get back to us so that we can discuss about this case before taking any legal action against you the number to reach us is 600-962-3200 extension 1 I repeat 609-623-2001 thank you.

Nomorobo is currently tracking 38,305 IRS Scams. Reload the page to hear another one.

Why aren't they being stopped? Why do robocalls continue to bombard our phones?

Well, stopping robocalls is very different from fighting other types of fraud. Scammers exploit weaknesses in the phone system and use all sorts of dirty tricks, like spoofing, to fool you into answering the phone.

Criminals used to rob people with guns. Now they use a telephone.

The problem is that the phone network is designed to make sure that every call gets connected. Stopping any call, even an illegal robocall, requires the biggest change in thinking since the telephone was invented almost 150 years ago.

Even with all the progress that we've made (we've stopped over 1 billion robocalls!), we're still just as frustrated as you are that this problem isn't going away faster.

And that's why we're making our real-time feed of IRS call-back scammers available for free. We're encouraging all phone companies to use this data to immediately shut down these scammers.

Robocalls continue to plague all of us for one very basic reason-they work. Scammers only need a few victims in order to be wildly profitable. But when fewer calls get through, the economics change and they'll be forced to stop. 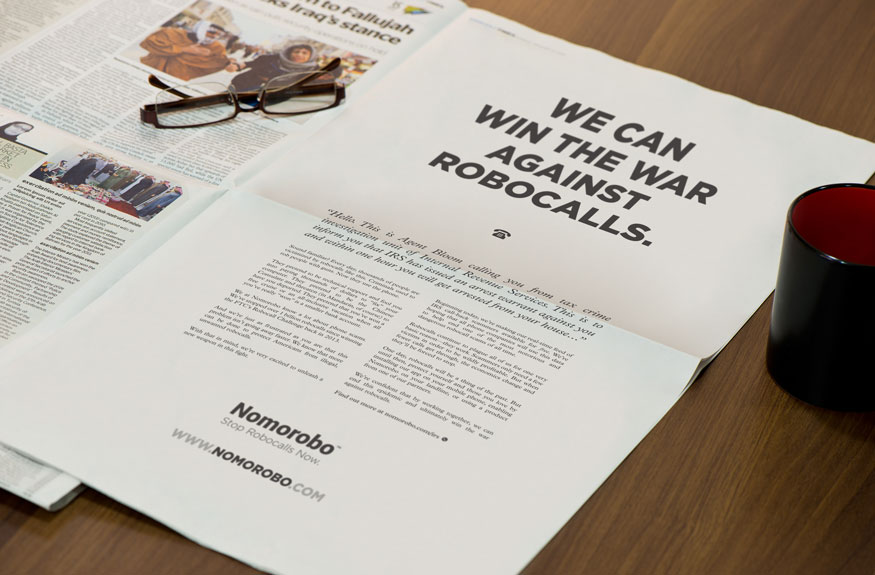 Read our War Against Robocalls feature in the New York Times

Ok, so how does it work?

If you're a carrier that wants to stem the tide of robocall scammers, please fill out the form below to get access to the real-time data. It's free and there's no strings attached.

The feed is provided as a CSV file that's updated every 20 minutes with all of the most active phone numbers that the IRS call-back scammers are using. Feel free to automate the download to keep your copy of the blacklist up to date. The data is licensed under a Creative Commons Attribution 4.0 International License

Want to do even more? Our full blacklist of over 1.4 million known robocallers is available via data license and API. Contact us if you want to learn more.

Join these forward-thinking companies that know that robocall blocking isn't just a nice-to-have feature, it's a requirement.

Carrier or individual, we want to help you stop IRS scammers cold. How do you want to join the fight?

I'm an individual and want to
protect my phone

Nomorobo Stops
Robocalls at the Source

Stop Robocalls and Telemarketers on your iPhone, Android or Landline phone

Actually, no - I want the data file

No charge for landlines. 14-day free trial for mobile. Only $1.99/month after that. Cancel Anytime.

Since 2013, Nomorobo is the easiest and most accurate way to keep spammers off your phone

Nomorobo is an excellent service and worthy of our Editors' Choice award.

Fight back against the constant, annoying scam calls

...or you can get revenge with an app.

...life without that nuisance we know as robocalls has a nice ring to it.

A groundbreaking solution to the problem...I'm positive it's going to work.

Is there a hero among us who can rise up and build something to foil the dreaded robocall?

...there is little you can do to stop them...but new technology [is] coming soon...

...may have solved one of the perpetual annoyances of living in the telephone age.

It's a problem that gets worse every year...but a new website promises to change all that.

...those illegal prerecorded messages hawking everything from timeshares in the Bahamas to free money.